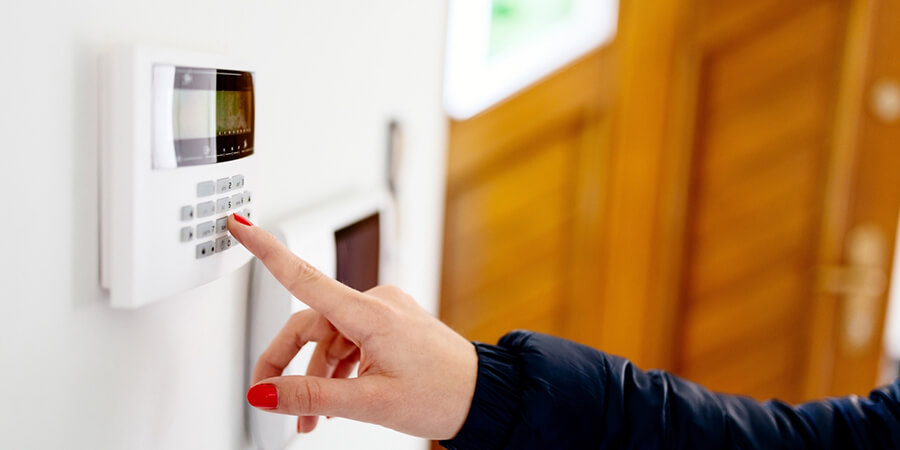 Although most of the statistics show that property crimes are on the decline, there are still a lot of the episodes taking place, even right here in Greensboro. The FBI reports that property crime decreased by 6.3-percent between 2017 and 2018. Still, though, the same study indicates that there were 7.2 million offenses in 2018, such as burglaries, motor vehicle thefts, and grand-larceny thefts. So, sure, the figures might be moving in the downward direction, but that does not mean Greensboro homeowners should become lax when it comes to security.

Doing so could prove to be a recipe for disaster. In most cases, burglars are creatures of opportunity. They walk around neighborhoods without really having a plan. Then, if they happen to spot an open garage, unlocked door, or unfastened window, they will slip inside the place to steal valuables. These criminals usually want jobs to go off fast and easy without a hitch. Therefore, according to most studies, they break-in between the hours of 10 am and 3 pm when the occupants are likely out for the day.

That does not mean that all burglars abide by these hours. Sometimes, thieves take action at night under the cover of darkness. Whatever the case may be, Greensboro homeowners need to know how to protect their properties. The next sections of this post are going to focus on some must-have equipment. Hence, curious persons should read on to learn more.

Many times, visible surveillance cameras deter burglars. Why? Well, they don't want to take the chance of having their faces captured on video. Such an event can lead to them becoming identified and having to spend time behind bars. Most modern devices are compatible with smartphones. Thus, if a trespasser wanders onto your property, you will receive a notification on your phone. Then, you can view the live feed to discover whether a real or false alarm is taking place. Getting advanced warning allows the homeowner to contact the police and get them on the scene promptly.

The Pros Of An Alarm

There are different kinds of alarms. One emits a loud blaring sound after the perimeter becomes breached. Often, the noise is enough to scare the intruder away. The other is a silent alarm that notifies a monitoring company to the problem. In turn, they contact officers and get them to investigate the situation. Either of these can be a good choice. It just depends on the consumer's needs and wants.

Should You Invest In Motion-Activated Lights?

As mentioned earlier, some burglars try to lurk in the shadows. However, by installing motion-activated lights around the property, they will kick on automatically as soon as movement is detected. The equipment can inform you and your neighbors about trouble being afoot if the yard looks like daytime in the middle of the night. Once again, these units may scare off perpetrators, but if nothing else, they will help you detect trespassers quickly.

Could your home use a little extra security? If you answered yes, give our office a call to schedule a consultation.