4 Ways To Stop Thieves From Coming Inside Your Garage 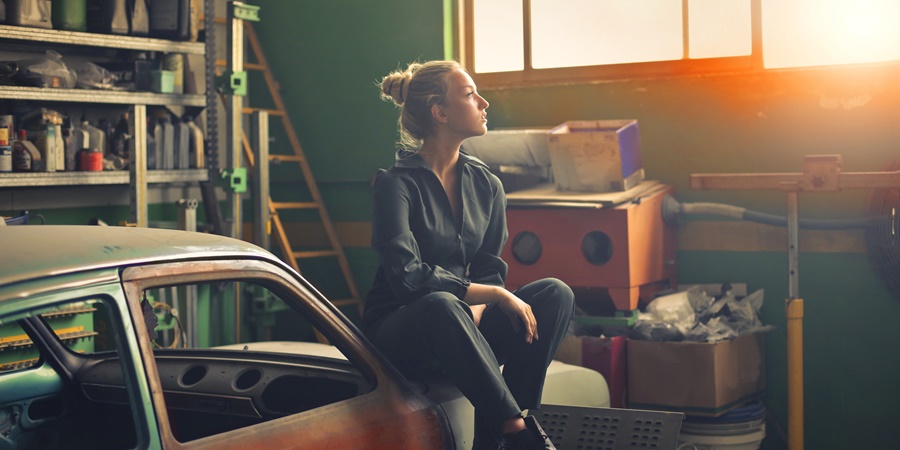 Many Greensboro homeowners have houses with garages. The units give them places to park their cars and store various belongings. It is not uncommon for tools, lawn equipment, and more to be kept in the structures. Then again, instead of parking their vehicles inside garages, many people use them for man/woman caves. They put TVs, video game systems, and more in them.

Regardless of what individuals are doing with their garages, thieves can target the structures if they aren't careful. This post will discuss some tips to help Greensboro homeowners avoid such incidents. After all, they spend their hard-earned money on belongings and don't deserve for them to get up and walk away without a trace. Hence, curious individuals should stick around and read further to learn more.

This piece of advice may seem like a no-brainer, but plenty of people leave their garage doors up while they run to neighbors' houses or stores, especially if they will only be gone for a few minutes. The same can be said for individuals that are doing yard work. They run in and out of the garages and do not think anyone will come along and steal their stuff.

However, that isn't always the case. For instance, if a person is cutting the grass in their backyard and does not have eyes on the structure, a thief could easily steal a bike, drill, or something else and disappear before they notice. The point is that people should keep their garage doors closed as much as possible to keep burglars at bay.

Ensure Your Property Is Lit Up At Night

Many home burglaries, including those here in Greensboro, happen during the daytime. That doesn't mean that thieves won't wait until the sun goes down to break into houses and garages, though. If opportunities present themselves, criminals will definitely strike at night. They use the cover of darkness to skulk around, steal anything of value, and sneak away again without anyone being the wiser. Hence, it is a good idea for homeowners to install outdoor lighting. Lighting things up will deter trespassers from coming onto their property. It will also ensure that neighbors and family members can see what is going on outside.

It is not uncommon for there to be hedges or bushes next to garage windows or side-doors. Sure, the items look pretty, but they also give thieves places to hide. They can jimmy open entrances and take stuff without anyone being able to see them when landscaping is overgrown. So, homeowners should keep plants neat and trim to make sure these problems don't arise.

Security cameras often deter criminals. They know that if they commit crimes, their actions can be caught on video, and they might go to jail. Thus, many times, thieves avoid houses with these devices. If burglars decide to break into garages, police can review the footage to identify them and recover stolen belongings. It is a good idea to invest in surveillance cameras because of these reasons. Give us a call to discuss your home security options today.