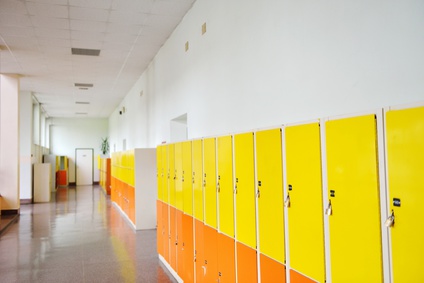 Surveillance cameras in Greensboro, NC have become a necessity in the public domain as it helps track down criminals and provide a deterrence to criminal activities. Surveillance cameras have a proven track record of reducing the crime rate to a considerable degree. Surprisingly, American schools have become the latest hotbed of petty crimes like theft, vandalism and even violent crimes like stabbing, bullying, drug abuse, etc. The US Department of Education revealed that with a total number of 2.2 million crimes reported inside school premises, there is one crime for every 20 students in the nation. This is a dangerous ratio that reflects the sad state of school security in America. But providing a holistic security framework inside a school is harder than it sounds, as it sometimes infringes upon privacy rights. Various school administrations, across the nation and in Greensboro, NC, have to walk the razor-thin line between providing security and protecting the privacy of the students.

The very first issue with installing CCTV cameras in Greensboro, NC schools is its high installation and maintenance costs. Some high-end security cameras can cost up to $ 500,000, plus annual maintenance fees, and this is beyond the budget for most schools. But the increasing number of crimes in schools create extra-budgetary constraints due to which some see surveillance cameras as a cost-effective solution, which levels out in the long-term.

Keeping aside the economic concerns, the next major impediment is the privacy rights issue. This issue is so emotive that it has sparked off a number of protests against CCTV camera installations in schools. The protests have found resonance with students and parents, who argue that it creates an atmosphere of fear as students tend to have a feeling of "being watched".

Moreover, it is argued that since CCTV cameras can't be put inside locker rooms, where most school crimes happen, it won't be as effective as envisioned. Unlawful and mischievous use of video footage in Greensboro, NC is also a big concern.

Advocates of privacy rights also argue that putting kids under constant surveillance can also invite/necessitate police action inside the school. This will be a dangerous trend because a society can't function with the police investigating everyday school crimes, as it wrongly intimidates young students and teenagers.

However, there is a silver lining amidst all the dark clouds. Some schools in Greensboro, NC have successfully implemented security cameras and received positive feedback. The most important string in this debate is the opinion of the students and the parents. After all, it is the duty of the school to ensure students safety and it is in the best interest of the parents to do so. Since there are no concrete laws concerning this issue, talking this out at individual school levels is the best way forward. Many parents support the installation of cameras if it comes with certain guarantees. It is the job of the school administration in Greensboro, NC to explain collective benefits of having surveillance camera systems and provide enough assurance against its wrong use. With the right amount of consultations between all stakeholders, successful and effective security models can be and have been, implemented. The key here is consulting with everyone concerned, before taking the decision.