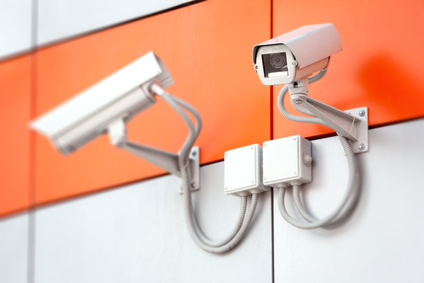 Anyone who has ever watched a crime drama on television is likely to have a lot of questions about video surveillance cameras in Greensboro, NC, which are often used to help the heroes solve crimes. There are, however, a lot of myths out there about these security cameras, due to the artistic license taken by the writers of these shows. This article will endeavor to set the record straight.

Question: How long are tapes stored?

Answer: Most modern video cameras record to a DVR unit, so there are no tapes. The DVR is usually filled up, and then older recordings are replaced by newer ones. The length of time it takes for a particular recording to work its way out of the system varies by the size of the DVR unit. However, thirty to ninety days would not be uncommon.

Question: Can cameras see in the dark?

Answer: Yes, many modern video surveillance cameras are equipped for recording in very low light in Greensboro, NC. These units are, however, more expensive than the average camera. Some sophisticated lenses record amazing detail in almost no light. A less expensive solution that many buyers use is to place the cameras near security lights.

Answer: If the right kind of camera is placed in the right position, yes, video surveillance cameras can read license plates. The angle generally needs to be low for this to happen. However, some of these cameras can read plates at quite a distance, and in low light.

Question: How far away do cameras see?

Answer: This is determined by the type and quality of the lens. Video surveillance cameras come with many different types of lenses. Wide angle lenses are often used to cover a larger parameter. That shortens the length at which the camera can capture detail. However, like still cameras, a lens with a long focal length will see a smaller area much further away.

Question: Can video from cameras be enhanced to show more detail?

Answer: In general, the answer is no. The feature actually used to zoom in on a frame of video is called digital zoom. The result is actually less detail and less sharpness. Many surveillance cameras in Greensboro, NC, however, do have the ability to pan and zoom. If a camera uses optical zoom, it is possible to get a closer look at details. This, however, would normally have to be controlled during filming, not after the fact.

Question: Can security cameras be controlled or viewed remotely?

Answer: In many cases the answer is yes. Many modern surveillance cameras have connectivity to remote computers and even phones. On such cameras live images can be viewed remotely, as well as pan and zoom functions controlled remotely.

Video surveillance cameras in Greensboro, NC have become very sophisticated, but those on television still lead those in real life in the richness of their features.