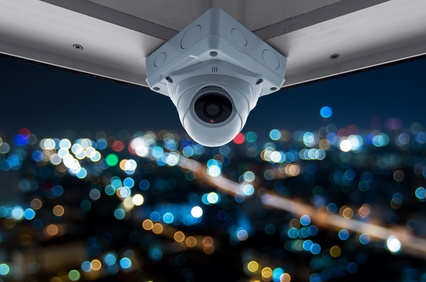 Wide Dynamic Range (WDR) is a feature that has been heavily employed in the Greensboro, NC video surveillance industry, and its main work is to boost resolutions of images recorded by security cameras. WDR can be explained as the camera's ability to clearly distinct contrasting levels of brightness, and that aspect is important since excessive brightness such as overly sunny conditions can obscure some important image details. This feature makes it possible for clear images to be obtained when a certain premise area may be under very bright illumination or very dark areas that are concurrent with FOV. WDR functionality ensures that all the intense lighting that may be surrounding an object are isolated so that it can be possible to accurately distinguish between the shapes and features that may be observed in an image. This WDR feature is very relevant since many criminals in Greensboro, NC often take advantage of dark areas in a premise with the hopes that poor images may be recorded by cameras under such conditions.

Many security camera systems don't have WDR in the default setting, though it is important for this feature to be ever functioning. Anytime WDR functionality is activated, a security camera system can respond with vibrant images in any Field of View (FOV). Some premise owners may see 1080p images as very brilliant, however, if WDR is added to that an already amazing quality, the result is often clear, brilliant and high-resolution images that have good contrast. That aspect will eliminate the chances of encountering blurred images that cannot effectively lead to any meaningful direction when important security analysis is done on images recorded by a security camera.

Security surveillance videos have certain lighting conditions that are hard to control, and that means a lot of care must be exercised when picking a camera that can adequately cover all critical and selected Field of Views (FOV) in Greensboro, NC. In many video security applications, there are often areas that show contrasting brightness and cannot be effectively monitored by the standard non-WDR security surveillance cameras. For instance, if you installed a 1080p security camera in a parking lot, you may have overly bright images with lots of flashes that can lead to poor results when an analysis is done on them.

If your security camera system in Greensboro, NC doesn't have WDR feature, you can opt for digital WDR enhancement. Digital WDR utilizes a software functionality that aims at improving image quality by adjusting the gamma values with the intent of enhancing the clarity of the dark image areas. Meanwhile, it is important to note that the outcomes of true WDR cannot be compared to that of software WDR. True WDR employs a double exposure principle that picks on the longer exposure time to get accurate details of the dark image areas. Another exposure is taken with the shorter exposure time so that the details of the bright image areas can be processed right. The convenience offered by WDR functionality makes this feature a must-have on any security camera installation, and it should be a major requirement for any security camera.